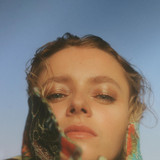 The Danish musician’s cocktail of pitch-shifted synths, R&B, future bass and an undercurrent of world music is already something quite apart from the pack, but her vocal – simultaneously otherworldly, childlike in its innocence and sweetly sensual – elevates her individualistic style to another level. While her tracks are skewered heavily towards the kind of alternative pop in which easy genre classifications lie just out of reach, Soleima’s own story is similarly unconventional. Raised in Aarhus, a city on the Jutland peninsula, Soleima grew up in a family home soundtracked by classic soul and R&B, notably Aretha Franklin, Stevie Wonder and Otis Redding. So far, so normal? Pretty much. Yet that’s only a snippet of the tale. Soleima’s mother took her to an African dance camp which operated as a cultural exchange between Denmark and Sukumaland in Tanzania, and she soon became enamoured with their music – especially with their collection of traditional African drums such as the sikulu. As a young adult, she moved out to Sukumaland for two extended spells, and even organized a grant to allow some of their members to live and teach in Denmark. She subsequently earned a bachelor’s degree in Anthropology, did field work in Nepal and started to make a documentary about migration in Senegal. Soleima continues to spread her wings and craft her unique sound with avant-garde productions and the exploration of societal issues and the meaning of what it is to be human.