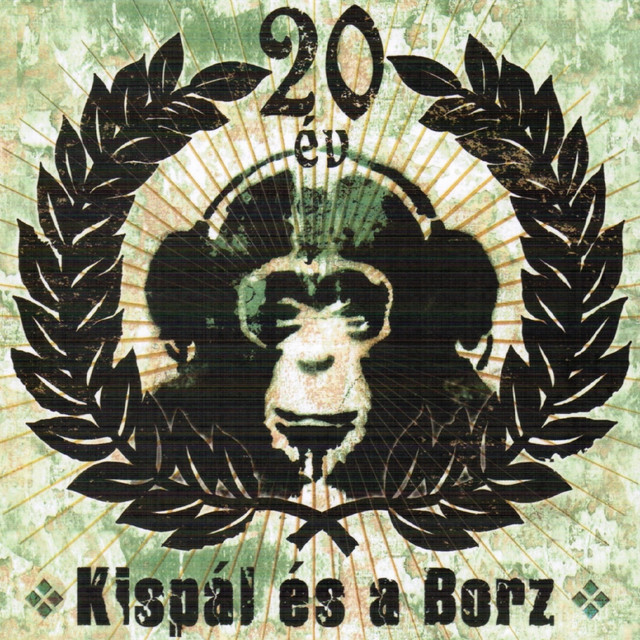 Kispál és a Borz (translating roughly to Little Paul and Badger) are known as one of the most successful alternative rock acts that Hungary has offered. To satisfy their musical aspirations, founding members Kispál András (guitars), Lovasi András (vocals), Rezso Ózdi (bass), and Bräutigam Gábor (drums) convened under the aforementioned moniker in 1987 in Pécs, Hungary. Shakeups to the band were to come quickly, as in 1988 Ózdi decided to call it a day, but the group persevered, shifting musical responsibilities and carrying on as a trio. The newly minted trio released a four-track demo in 1988, with a similar follow-up release arriving the following year. By 1990 the group had a record deal, and Kispál és a Borz released their first album, Naphoz Holddal (Sunbathe by the Moon), which was followed up in 1992 with Föld Kaland Ilyesmi.... Steady touring and well-received live shows helped their next affair, 1993's Ágy Asztal TV, to boost the band's already rising star. Sika, Kasza, Iéc and Üi were released in 1994 and 1995, respectively, but it was also around this time that the first of a number of membership changes kept the band's momentum from continuing as hoped. Drummer Kis Attila began working with the band at this point, and in the next couple of years the group took on a keyboardist (Dióssy Ákos) and two guitarists (Leskovics Gábor and Vittay Ferenc -- the latter originally a member of the band's crew). Eventually, even drummer Bräutigam Gábor would leave in 1996, and was replaced with Tóth Zoltán. Once the band had established its new lineup, Kispál és a Borz scored a hit single, "Kicsit Szomorkás," and -- in 1997 -- released the first in a string of more and more experimental albums. By 2000 Ferenc had returned to his place in the band's crew, and in 2002 Kispál és a Borz welcomed their first foreign member, with American drummer Michael Zwecker taking over for the departing Zoltán. With a new, harder-edged sound, Kispál és a Borz released the 2003 full-length Turisták Bárhol and the 2004 platter Én, Szeretlek, Téged (I, Love, You), the latter recording --

the final collection of original material from the band -- becoming a hit. In 2006 the original core trio of Kispál és a Borz made a bit of a live comeback, touring and recording, and in 2008 released a Top Ten greatest-hits album (20 Év) and embarked on a 20th anniversary tour of Hungary with various members from the band's historically fluid lineup. ~ Chris True, Rovi