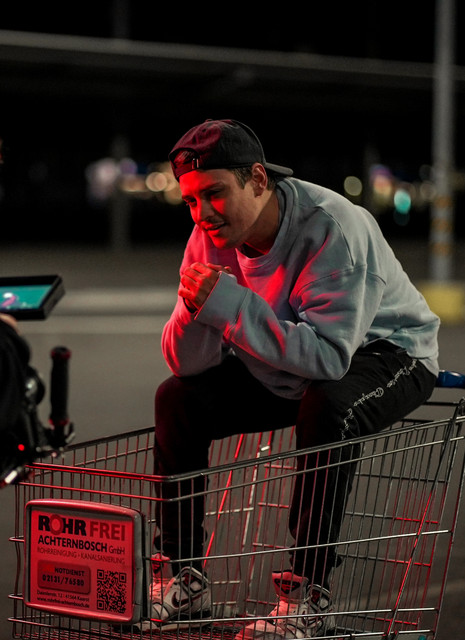 Liont is the stage name of Timo Mikal Torres, a German pop-rap artist who became famous through his YouTube videos during the early 2010s. Born in 1992, Torres began rapping at age 13, initially sharing his tunes on MySpace, then moving to YouTube in 2011. His easygoing songs about everyday teenage life, as well as his non-musical videos, became popular with German-speaking youth, and he amassed millions of online followers. He began collaborating with fellow Internet-famed German rapper KAYEF, and the two released full-length Sexstreetboys in 2012. The duo returned in 2014 with single "Nie Wieder Niemand," while Liont worked on his debut solo album. Several singles were released in early 2015, which were moderate hits in German-speaking countries, particularly Austria. Full-length Löwenkind arrived in April of 2015, continuing his playful rap style, but also offering glimpses into the darker, more troubled side of his personality. Despite negative reviews, the album was an immediate success, charting at number two on the German album charts. ~ Paul Simpson, Rovi