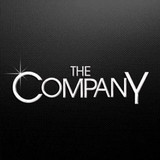 The CompanY. Asia’s premiere vocal harmony act was formed in July, 1985 by alumni of the Ateneo College Glee Club. Initially, they sang as back up vocalists for the country's reigning pop stars of the '80's before turning professional as the headlining concert and recording artists that they are today. After undergoing a number of personnel changes, the group is now a quartet composed of Sweet Plantado (soprano), Annie Quintos (soprano/alto),

Oj Mariano (tenor) and Moy Ortiz (tenor2/bass). The CompanY is perpetually expanding their boundaries in vocal music. Over the past 34 years they have received 65 music industry awards, making them the most awarded recording vocal group in the land. Part of this success includes the release of 27 critically and commercially successful studio albums and 3 digital singles. The members of The CompanY also wear many hats. Within this group are songwriters, vocal and instrumental arrangers, concert and record producers, choreographers, stage directors, scriptwriters, image consultants, layout artists, set designers, visual artists, voice teachers, recording coaches, studio/session singers, theatre actors, film actors and workshop masters. This only serves to underscore the versatility and talent of this group. After 34 years (and counting) in the business, The CompanY continues to be a potent force both in the live entertainment and recording scenes.