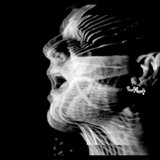 CMD/CTRL is what CMD/CTRL does: a hybrid of catchy hooks and pulsing basslines. Formed after a chance meeting at a party in Brighton, they take the spin-the-bottle sensibility of the playlist generation and make music with no boundaries. Founding member Matt Rose first signed to Ninja Tune back in 2014 with the band The Qemists and co wrote there sophomore album Spirit In The System. He then joined djent tech metallers Monuments and co wrote there debut album Gnosis as well as co writing two singles for there second album, I, The Creator & Atlas. In 2015 Matt started collaborating with Dirtyphonics for their Write Your Future EP which came out on Steve Aioki’s Dimmak label in 2015, which later led to him working with Bass Music heavyweight Excision for the single Again & Again on the Excision 2015 Mix Compilation . Soon after forming CMD/CTRL signed to Ninja Tunes publishing arm Just Isn’t Music and started honing there sound! They built a makeshift studio in the front room of their flat and put it to good use: Writing and producing music over the next few years, designing the logo and living the big beat manifesto! "Big beats are the best get high all the time" CMD/CTRL's music continues to smash it in the sync world with brands like Adidas, Nintendo, Nike, Playstation, Gopro, Redbull Racing all featuring their songs while critically acclaimed TV Series such as Orange Is The New Black, Orphan Black, Snatch, Our Girl, Top Gear, have all used there music.