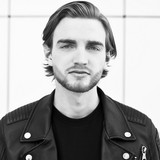 Chris Avantgarde is a recording artist, producer & composer from Germany who currently resides in London, UK.   As a producer and artist with a classically and jazz-trained multi-instrumentalist background, he produced & released several records in dance music before venturing into the film, trailer & video game music industry. He's also writing and producing for major label artists in pop. With original scores for video game titles and placements for several corporate commissions and trailers such as album & single production credits in pop he keeps bolstering his portfolio in each lane of the music industry. He releases his original music as Chris Avantgarde on his own VNTGRD imprint and others.