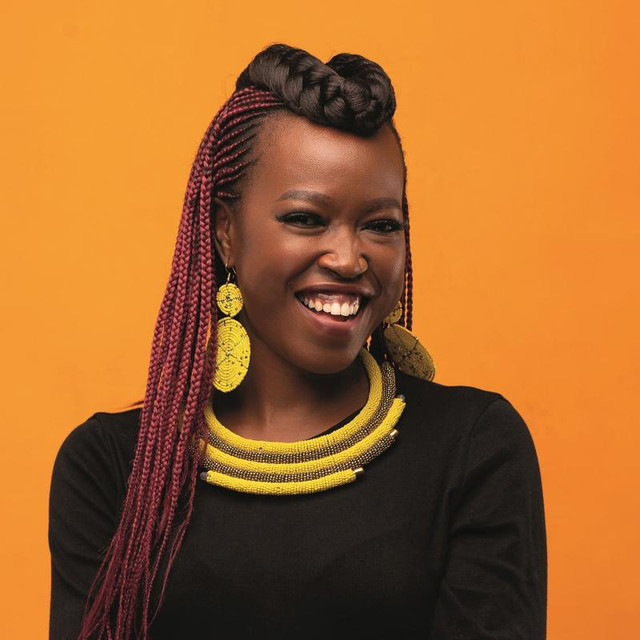 Nina Ogot is a singer, songwriter and guitarist. Born, bred and based in the capital city of Nairobi, her compositions are a reflection of her Luo origins and that of the other major tribes of Kenya. The songstress infuses Western influences into her songs to create a new melodic contemporary sound that represents the current traditionally diverse yet cosmopolitan Kenya. The musician makes an important contribution in preserving this evolving dynamic Kenyan culture by keeping it lively and relevant through her music. The songbird jump-started her career with her soulful acoustic album “Ninairobi” in 2009, followed by two single releases of the Afro-pop remixes to her songs “Wololo” and “Aheri” two years later. In 2014, a collaborative album with Kenyan contemporary Benga musician, Winyo, was released. This record titled “Yote Yote” has acted as a stepping stone in Nina Ogot’s career and her fans have embraced her as a versatile musician who has the rare agility and skill to incorporate both tradition and modernity into her musical expression. For more than a decade, the vocalist and guitarist has performed as a trio band until recently in 2018 when a 13 piece band lineup was formed for an event in Cologne-Germany dubbed “Jambo Day” by the Treasures of Kenya Initiative. Together, the new team recorded Nina Ogot’s third album “Dala” in 2019, followed by a series of performances in both countries.