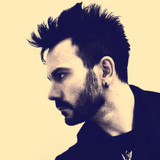 Dario Rodighiero is an Italian pianist, keyboardist and composer, born in Milan and living in Dublin since 2014, where he performs and collaborates in live shows with several artists, and composes soundtracks and scores for films. He started playing the piano at the age of 8, initially with a private teacher and subsequently on his own. From the age of 17 he started joining bands and collaborate with several musicians. When he was 19 he performed for the first time with jazz formations, which introduced him to the jazz music world. He performed in studio for several albums and singles as arranger. The main aspect of each of his performances is the improvisation. Many of his recordings are in fact made by a good part of piano improvisations. Once moved in Dublin in 2014, Dario started an own project founding a trio (Miss Phoenix and the Jaffa Cakes), turning modern songs into swing retro versions. The band is still active. He's also part of other 2 active bands, as keyboard player.

He arranged, recorded and performed in London several singles for Ciara Donnelly, talented Irish singer and songwriter. Passionate of film, Dario Rodighiero found his greatest opportunity in composing soundtracks. He composed for the Irish director Cathal Feeney and other film producers and directors in Ireland. In 2018 several of the scored movies have been selected for film festivals and competitions.