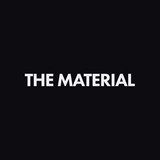 The Material is a Los Angeles-based rock band. Led by vocalist, Colleen D'Agostino, The Material launched into the independent rock music scene in 2007 with a performance on MTV2's Dew Circuit Breakout. For nearly 7 years, The Material toured the country, playing everywhere from parking lots to mid-sized venues to major festivals such as SXSW, Summerfest, and Warped Tour.

They also self-released 4 EPs and 2 LPs, and Anchor Eighty Four Records released "Everything I Want to Say" on vinyl.