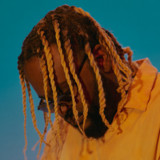 Always balancing his bravado with a relatable sense of perspective, Dreamville’s first signee, Bas, continues to solidify himself as one of the most respected and authentic artists. Sudanese, Bas (né Abbas Hamad) was born in Paris and raised in Queens, New York. His story, one that explores the many effects of the African diaspora, captures the quintessential come-up story and the importance of consistency. Since his debut album Last Winter in 2014 and the acclaimed follow-up Too High to Riot in 2016, Bas has cultivated a dedicated fan community, known as the “Fiends,” and has included both his heritage and global perspective into his soundscape. #17 on Billboard’s Top Rap Albums of 2018, Milky Way, Bas’ latest album, was deemed his strongest and most sonically ambitious album to date. The album’s lead single, “Tribe,” featuring J.Cole, certified gold and earned Bas his first plaque. A power player on Dreamville’s history in the making #1 album, Revenge Of The Dreamers III, Bas also received his first Billboard Hot 100 placements with the posse cuts, “Down Bad” and “Costa Rica.” Notably a world class performer, Bas has brought his sold-out tours across the globe, including back home to Africa. For his 2019 episodic project, Spilled Milk, Bas gathers an outstanding supporting cast, with Volume 1 featuring Ari Lennox, EarthGang, J.I.D, Kiddominant, FALCONS and B. Lewis, for a one of a kind, “milk” experience.