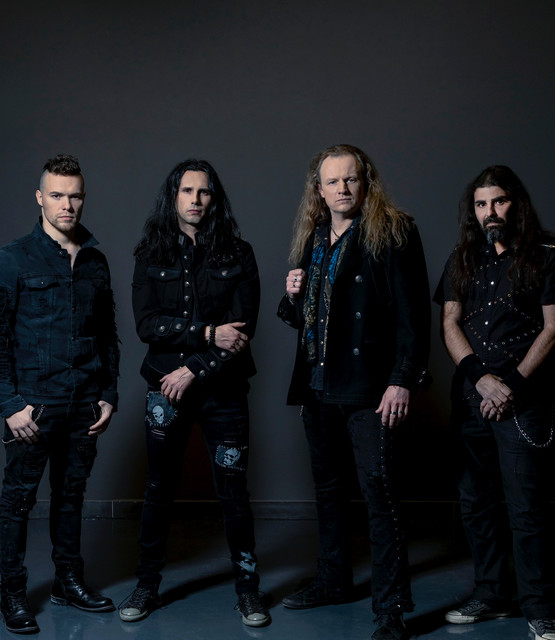 Each time Firewind released an album over the last 20 years, it wasn’t just the brilliancy of exceptional guitarist Gus G (Ozzy Osbourne, Dream Evil, etc) that fans were in awe of, but also the skills of every one of the band’s vocalists. Fantastic riffs, hooks and solos by the gifted hands of guitarist Gus aside, it’s the great vocal melody – an integral part of every Firewind song – that’s causing a stir. In that respect nothing has changed in their newest album, simply titled Firewind, quite the contrary: with his charismatic voice new member Herbie Langhans (Avantasia) refines each and every last one of the eleven new songs and infuses them with an expressive force that is remarkable. On 15 May 2020, when Firewind will be released via AFM, the public will hear just how competently new band member Langhans has stepped up to this challenge. The result is impressive indeed. Firewind boasts 11 prime examples of Melodic Metal songs. The skill, craftsmanship and power bleeds through every note, a passion you can almost taste, with hymnal melodies as a particularly outstanding feature.   “The new album is an exciting and fashionable mix of Hard Rock and Power Metal. These songs are fresh but tough and melodious at the same time. But of course, the key feature lies with the quality of the composition,” comments Gus. There’s nothing more to add to this succinct assessment!