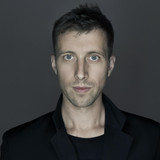 The recorder and jazz-saxophone player Andreas Böhlen focuses on both early music and jazz. He is particularly interested in various improvisational styles of the renaissance and baroque as well as jazz. Andreas leads his own groups Theatrum Affectuum, Satyr’s Band, Andreas Böhlen Band and Crank and has collaborated with various other groups and orchestras in Europe such as Residentie Orkest Den Haag, Capriccio Barockorchester, Bach Collegium Japan, Ensemble Arcimboldo and many others. While a high school student Andreas undertook lessons at the conservatories of Bremen and Cologne. He was awarded many prizes in several national and international competitions. Between 2003 and 2007 he attended the Conservatory of Amsterdam, studying recorder with Walter van Hauwe and jazz saxophone with Jasper Blom and Ferdinand Povel. After completing his recorder degree with distinction, Andreas studied musicology at the University of Bologna, Italy. He has completed both a Masters degree in early music improvisation with distinction under Rudolf Lutz and a Masters degree in jazz saxophone in 2011 with Domenic Landolf and Andy Scherrer. Andreas has appeared on many CDs and radio and TV broadcasts in Europe, USA, Japan and Australia and is touring regularly (Europe, USA, Japan, Australia). He teaches recorder at the University of the Arts Graz, Austria and at the University of the Arts Zurich, Switzerland.