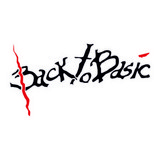 Featuring Back To Basic

Back to Basic was founded in 1988 by drummer Sjoerd van Bommel and guitarist Tjeerd van Zanen. In Rotterdam based vocalist Theo Braams they found the perfect singer and frontman. To get gigs and make a name for themselves the band played mainly cover songs. But to support their own creative message the cover songs were soon replaced with their own material. As the group developed a strong live following, they added a horn section and percussionist to the lineup. In 1993 Back to Basic released their first album called “ Give All You Got” through Red Bullet Records. The single