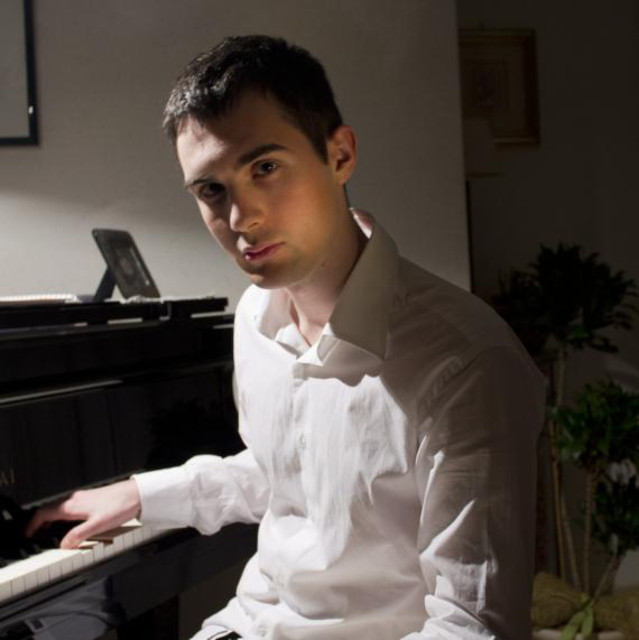 Nicola Monopoli was born in Barletta (Italy) in 1991. He earned a Bachelor’s Degree in Music and New Technologies with honors and an honorable mention, a Master’s Degree in Electronic Music with honors and he graduated with full marks in Composition from ‘N. Piccinni’ Conservatory in Bari. He was the first composer to earn the Artist Diploma in Composition from The Royal College of Music in London supported by a Clifton Parker Award and a scholarship by Giovani Artisti Italiani Association, Project DE.MO./Movin’Up (partner of the Italian Ministry of Culture). His compositions were performed in Italy, France, Germany, Australia, England, Ireland, Norway, Greece, Russia, the United States, Spain, the Netherlands, Canada, China, Taiwan, South Korea, Cyprus, Mexico and Brazil. He was awarded first prize in the Golden Key Composition Competition 2015 (USA), third prize in the Musicworks Magazine Competition 2011 organised by the Canadian magazine Musicworks, received a Mention at the Piars Award 2013 (now Sonic Arts Award) and he was one of the four finalists of The National Prize of The Arts of Electronic Music in 2012 (Acousmatic Category). He was funded by Puglia Sounds for the project Puglia Sounds Export 2015 to engage a series of concerts in Australia and he also won the Call for Projects ‘Principi Attivi’ organised by Apulia Region. He actually teaches Electroacoustic Composition at the “Carlo Gesualdo da Venosa” Conservatory in Potenza.