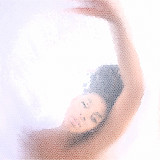 Camille Sledge is a singer, songwriter, lyricists/MC, and runway model. She currently sings as the lead vocalist for 16-piece big band, The Phoenix Afrobeat Orchestra. Camille often sings with her mom in Sister Sledge, as one SLEDGENDARY vocalist. In 2012, Camille and two business partners developed the 501c3 School of HipHop PHX (SOHH). SOHH is a mentoring and music program which uses hiphop influence to reach underrepresented intercity youth.

You can tell by her stage presence that she is always in the moment. Living in the present moment is one way Camille describes her movement. From working closely with the youth, and building community relations, she finds peace in her surroundings, all over the world. highlights from Camille Sledge’s career are being named “Best Vocalist” in Phoenix Magazine 2017. She was also blessed to open for The Roots at the Super Bowl Block Party in 2015 with her band Phoenix Afrobeat Orchestra (PAO). She currently travels to Europe often to sing Jazz festivals and showcases her talents on stage and with the youth as a founder of The 501c3, SCHOOL OF HIPHOP. Camille thrives as a mentor and songstress for her entire life as the daughter of Debbie of Sister Sledge. Just to name a few of her endeavors; A Jazz Portrait of Earth, Wind and Fire in Copenhagen 2017; Crossroads festival in Amsterdam, NL 2017;