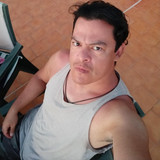 Emilio Ernesto Chico Marroquin, AKA, Emil Klein. Started his musical career in Tyrant Lord, salvadorean melodic death metal band in 2002. He's played in different personal projects that didn't end up so well as the rest of the members were drunk all the time. He's been working on this personal project called Emil Klein's - Bury that Corpse- releasing singles as it's easier to work alone and at his own pace. Just as Alexander the great said "Divide and Conquer". Investment and a talented

team are still required, but time will provide the right people to be able to freeze hell with his death metal power. 20 years enjoying music and production. It's time to rise.