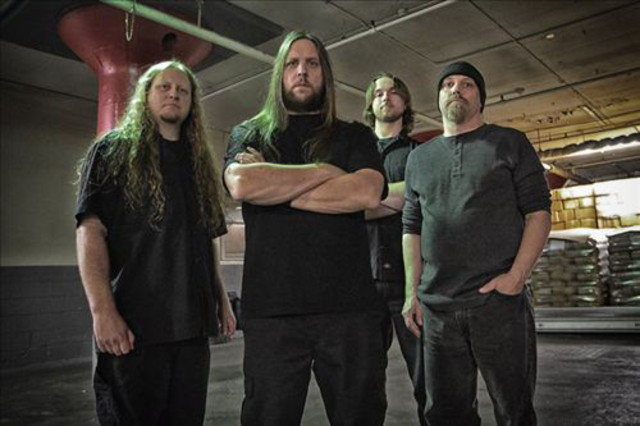 Early in their career, Milwaukee, Wisconsin's Morta Skuld accomplished the impressive feat of being signed by leading British independent metal label Peaceville, but with no company showing similar interest in their homeland, they never quite managed to ascend beyond the underground death metal scene. Originally founded in 1989, Morta Skuld recorded and circulated two separate demos (1990's Gory Departure and 1991's Prolong the Agony) before pairing up with Rhode Island's Vital Remains for a split single in 1993, which would duly get both bands signed to Peaceville. Morta Skuld struck first, however, unleashing their Dying Remains debut later that same year and heading out on tour with genre fixtures like Death, Obituary, and Deicide, then repeating the pattern with 1994's As Humanity Fades and 1995's For All Eternity, which were followed by more rigorous roadwork in support of Morbid Angel, Cannibal Corpse, and others. But, as mentioned earlier, none of these releases, though brimming with ably performed American death metal, made it into record stores unless imported from overseas, and so Morta Skuld's frustrated members, Dave Gregor (vocals/guitar), Jason O'Connell (guitar), Jason Hellman (bass), and Kent Truckenbrod (drums), decided to link up with U.S.-based Pavement Records for the release of their fourth album, Surface, in 1998. Unfortunately, by then it was seemingly too late for the group, which was splitting at the seams. O'Connell was the first to bounce (or get bounced!), quickly followed by Truckenbrod, and after hiring a new drummer in former Acrophet man Jason Mooney, the new trio renamed itself MS2 and sold out to nu metal before morphing yet again into a more groove-metal-oriented direction as 9mm Solution, recording one EP and two albums in the late 2000s. The band's early career dreams were compiled for posterity by Peaceville in 2005's Re-Surface: The Best of Morta Skuld, and in 2017 Morta Skuld resurfaced with founding member David Gregor (guitars/vocals), guitarist Scott Willecke, drummer Eric House, and bassist Al Lewandowski, and released their first collection of new music since 1997, Wounds Deeper Than Time. ~ Eduardo Rivadavia, Rovi