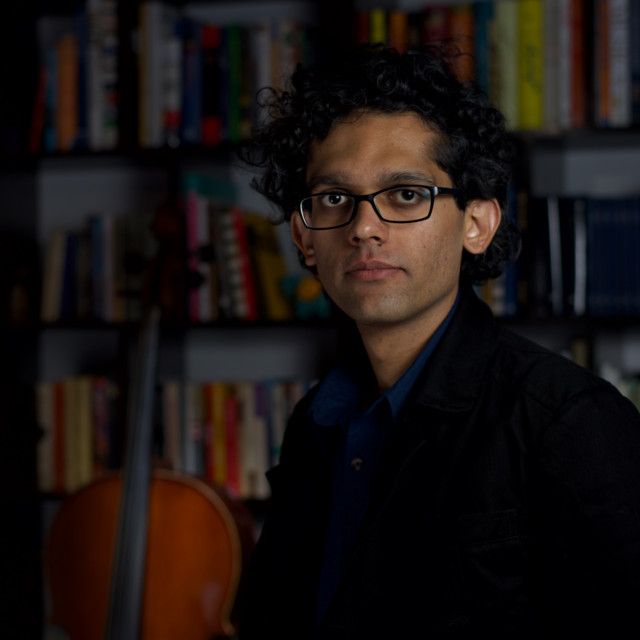 Arashk Azizi is an Iranian composer and pianist of classical music, based in Tallinn, Estonia. His compositions always have a narrative storytelling quality, the mythical and epic poetry of ancient Persia and the middle east, in general, is one of the main subjects of his orchestral compositions. Arashk’s music can be categorized within romantic era pieces, but he is also under the influence of classical, modern, soundtrack, and rock music. The narrative quality in his compositions makes them suitable for film music. he also has composed several soundtracks for feature films, short films, series, and TV shows. His first symphony in c-sharp minor "In The Eternal Day" is a program symphony, composed in five movements based on the book "the conference of the birds" by "Attar of Nishapur" (13th-century Persian poet). his second album "The Day Silence Began" is also program music. this time narrating a love story. Azizi did not give the storyline of this album and let the audience imagine their stories using the atmosphere created by his music. his second album Piano Sonata in C minor Op.2 is his first Piano solo work and his first piano sonata played and recorded by himself. and his third album is a combination of ten nocturnes for solo piano that he has composed during a period of four years, from 2015 to 2019. on his fourth album "Piano Adagios", Arashk played ten classical masterpieces arranged for piano. https://www.arashkazizi.com/