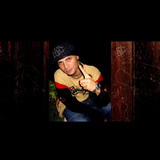 BabyTrabba is a singer, rapper and producer, born and raised in the Dominican Republic. He is Specialized in Latin Urban Music like Reggaeton, Dembow, Trap, Rap, Dancehall, Trapeton, Trapbow. Etc. He loves to merge his Caribbean roots with the new musical wave, adding his unique and personal style. Some of the first songs led him to continue fighting for his dreams. Sonando 1999, La Risa Mix 2005, Me Arrepiento 2009. As a producer, he worked for several local artists, creating some hits in the Dominican Republic; at the same time, he composed songs for other artists and himself. He was the creator of several viral remixes on radio stations in the Dominican Republic, so much was his success that it sounded on La Mega 97.9 in New York and went viral when social networks did not exist through DJs and radio station directors.