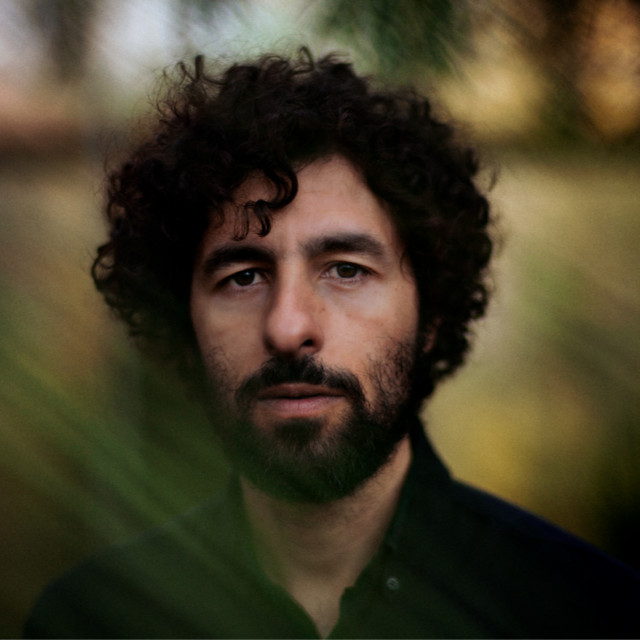 Although his parents are Argentine, singer/songwriter José González was born in Sweden, where he became nationally renowned for his mix of autumnal indie pop and intimate acoustics. Following stints with hardcore bands during the 1990s, González formed the indie rock outfit Junip alongside organist Elias Araya and drummer Tobias Winterkorn; they released their first EP, Straight Lines, in 2000. González officially launched his solo career with the release of 2003's Veneer, an entirely acoustic affair that reflected a childhood spent listening to equal parts bossa nova, classical, and post-punk by the likes of Joy Division. Touchstones for González's sound included Nick Drake, Paul Simon, Red House Painters, and Elliott Smith, and the album featured a popular cover of the Knife's "Heartbeats." A theme from "Heartbeats" was revealed in his work, and González recorded covers of "Love Will Tear Us Apart" by Joy Division, "Hand on Your Heart" by Kylie Minogue, "The Ghost of Tom Joad" by Bruce Springsteen, and "Teardrop" by Massive Attack. As his popularity spread overseas, Veneer finally received an American release in 2005. González's stateside prospects were aided by the appearance of his song "Crosses" in the season-ending episode of The O.C. The title track from his 2006 EP, Stay in the Shade, was also featured in the show. Stay in the Shade displayed a move away from the bedroom sound of González's first album, yet it maintained the same caliber of songcraft and performance. Additionally in 2006, Gonzales teamed up with the British electronic band Zero 7 on their album The Garden, providing vocals on four tracks: "Futures," "Left Behind," "Today," and a version of his own track, "Crosses." In 2005, he returned to work with Junip, and the group released an EP at the end of the year and a full-length album in 2006. He returned to his solo career the following year, however, with the release of In Our Nature. The record was partially influenced by the works of biologist Richard Dawkins and philosopher Peter Singer. In 2009, González began collaborating with a group of fellow Swedish songwriters and German composers on the Göteborg String Theory project, an experimental art and music venture that culminated in the 2010 album The Göteborg String Theory and a tour in 2011. In 2015, González released his third solo album, Vestiges & Claws, which featured the singles "Every Age" and "Leaf Off/The Cave." In early 2018, González was joined by his newly formed band the Brite Lites for the EP José González & the Brite Lites at Svenska Grammofonstudion (Mute), which he promoted with a yearlong tour. ~ Tim Sendra & Andrew Leahey, Rovi