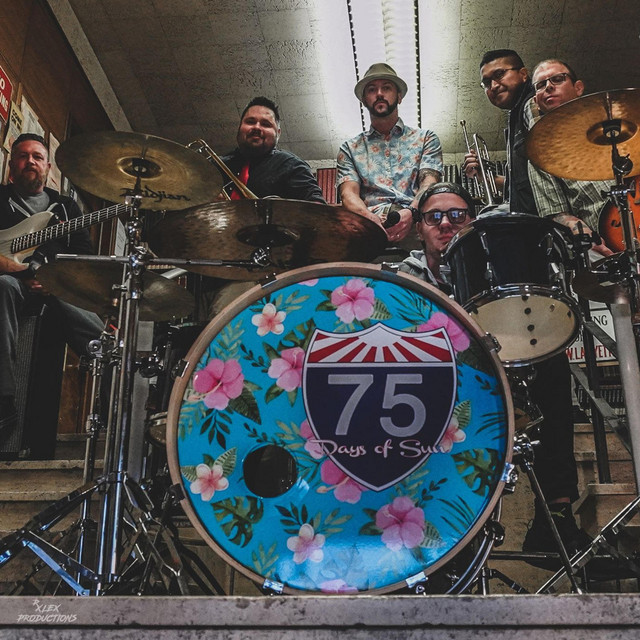 75 Days of Sun is a high-energy original ska/punk band from Detroit with a rapidly-growing reputation for leaving crowds danced-out and begging for more. The group is comprised of six very different musicians who all ended up in the Detroit area in 2018, arriving from places ranging from Kentucky to Hiroshima, Japan. Coming together at first around a "musicians wanted" ad placed by guitarist Darren Way, all involved quickly realized that 75 Days of Sun was where they were supposed to be. Since then, the band has grown into a musical force of nature playing awesome music with horns that hopes to unite people of all cultures on the dance floor. Tracks like "Know It All" and "TIK TOK" have already raised roofs around the Midwest and everyone involved is determined to see how far they can go. The current lineup of vocalist Kenny Holley, guitarist Darren Way, trombonist Thomas Cornett, bassist Devin Mann, trumpet man Shigeru Iyo, and drummer Brandon Meadus shares a chemistry that allows them to blend sweet ska grooves and melodies with modern punk rock power. The resulting sound is irresistible and unforgettable, and references everything from Motown to hip hop, to metal. The band has a beach vibe to everything it does and has been compared to Sublime, P.O.D., Reel Big Fish, and Green Day. 75 Days of Sun is all about the fun and escapism the music provides and the lives to make people happy. Anyone who need to leave their troubles behind and get lost in some rhythm, lets party!