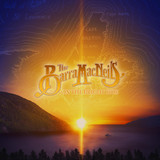 Hailing from Cape Breton, Canada, the Barra MacNeils have been making music since they were children, when they first began learning various instruments. The group of siblings were barely into their teens when they started playing professionally. In fact, Lucy MacNeil was all of 16 when their debut album, The Barra MacNeils, was released in 1986. Initially, they played traditional maritime Celtic folk music, but have since branched into rock, folk, and even jazz. The group is comprised of Sheumas MacNeil (piano and keyboards), Kyle MacNeil (violin, mandolin, and guitar), Stewert MacNeil (whistles, bass, guitar, and lead and backing vocals), and Lucy MacNeil (violin, bodhran, and vocals). By 1980, the group had been playing locally, but attracted some attention outside of Cape Breton and were invited to record radio shows and tour other provinces. Due to their age, they could only tour during the summer school holidays. In 1986, they released their debut album, The Barra MacNeils, on their own independent label, which they sold at their shows and locally in Cape Breton. They received positive critical notices, but not large sales. It was their third release, again on their own independent label, that received the most attention and broke them nationally in Canada. Released in 1992, TimeFrame was named Album of the Year at the 1992 East Coast Music Awards, and they were named Band of the Year at the same show. Due to this exposure, Polydor/Polygram in Canada signed the band and re-released their first three albums. TimeFrame was the Barra MacNeils first national charting album, and "My Heart's In the Homeland" received airplay on both radio and MuchMusic (Canada's video music station). But it was 1993's Closer to Paradise that earned the Barra MacNeils their largest success. The band opened for Celine Dion throughout Canada, and their video for "Darling Be Home Soon" was put on high rotation on MuchMusic. As a result, the Barra MacNeils received their first gold album in Canada. Although he had been writing (with several collaborators) since the first album, Closer to Paradise gave Stewart a chance to showcase his writing, which has now become a fixture for the group. The Barra MacNeils were also gaining some attention from the European market, where they had played at several festivals, and it was their next release, The Traditional Album, that earned them a release in Europe on the independent Iona label. The same label issued a compilation album featuring songs from their first three albums. The group's sixth album, The Question, was released in 1995, and they continue to tour Europe and Canada on a fairly regular basis. ~ Aaron Badgley, Rovi