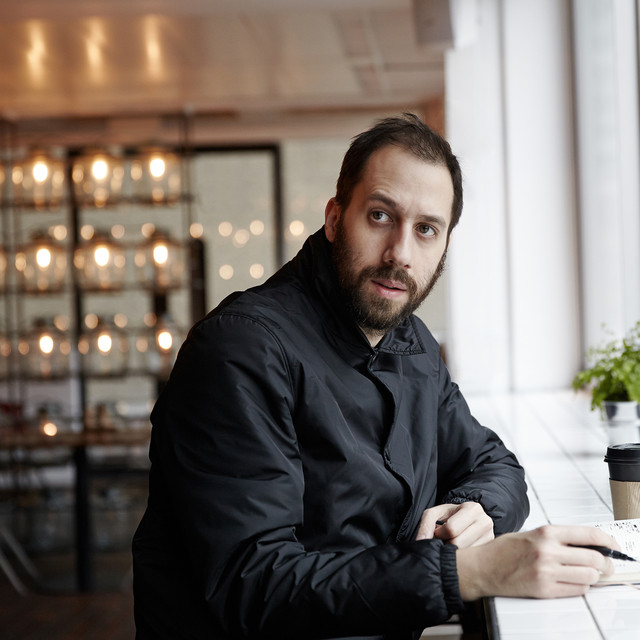 Mixing samples into a swirling yet laid-back stew, a musical mélange somewhere between DJ Shadow and Four Tet, London-based knob turner Gold Panda began to stir an underground buzz in the late 2000s. A retiring sort with the given name Derwin, Gold Panda began his electronic experiment as a lark in the late '90s as a teenager, chopping up pop songs with abandon on his music producer uncle's sampler. By his late twenties, he was remixing tracks for Bloc Party and Little Boots, and turning the ears of tastemakers with his original hip-hop and trance-laced compositions. Before and You were released in 2009, with Lucky Shiner following soon after in 2010. After contributing a mix for the !K7 label's DJ-Kicks series in 2011, Derwin did some traveling, which ultimately inspired an international music concept for his 2013 sophomore outing, Half of Where You Live. Shortly after the album dropped, a follow-up EP was released, entitled Reprise. Formed of the two album cuts "Reprise" and "Community," the EP also boasted reworkings by Fort Romeau and T. Hemingway. It would be three years until Gold Panda's next full-length, which came in the shape of 2016's Good Luck and Do Your Best on the City Slang imprint. Drawing inspiration from what the producer described as the unique qualities of the light in Japan during the April and October periods he was there, Good Luck and Do Your Best had a noticeably warmer sound than its precursor. A much darker and more experimental EP titled Kingdom appeared later in the year. This was followed by Your Good Times Are Just Beginning, an EP containing remixes of tracks from Good Luck and Do Your Best. ~ Jason Thurston, Rovi