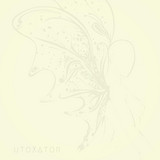 Originally formed in the small seaside town of Whitby, North Yorkshire during 2003, utoXator seamlessly blend a combination of solid metal elements, memorable upbeat hooks and raw energised melody to create an exciting and original sound within an established genre. In 2005, the debut four-track E.P. Stop and Listen was released followed by extensive touring of the UK, gaining much acclaim from venues, promoters and fellow artists alike. Now based in Leeds, utoXator’s energetic yet tight live performances have earned them fans the length and breadth of the nation along with a growing reputation of never disappointing on a stage; a reputation achieved by an unmistakable passion and enjoyment of the music! And of course touring the hell out of the UK! 2011 saw the release of the long awaited follow-up to Stop and Listen, the double A side single 'Paint on Walls'*. utoXator’s much-loved, characteristic sound is ever-present but has undergone development. Their sound is constantly progressing, the single encapsulates the current musical state of the band, a nod to the past and a glimpse to the future. The band have appeared on BBC Look North and the Sky TV channel 'Made in Leeds'. In 2015, the band released the 'Songs from the City... Tales of our Sea' EP. utoXator are currently finishing their final release.