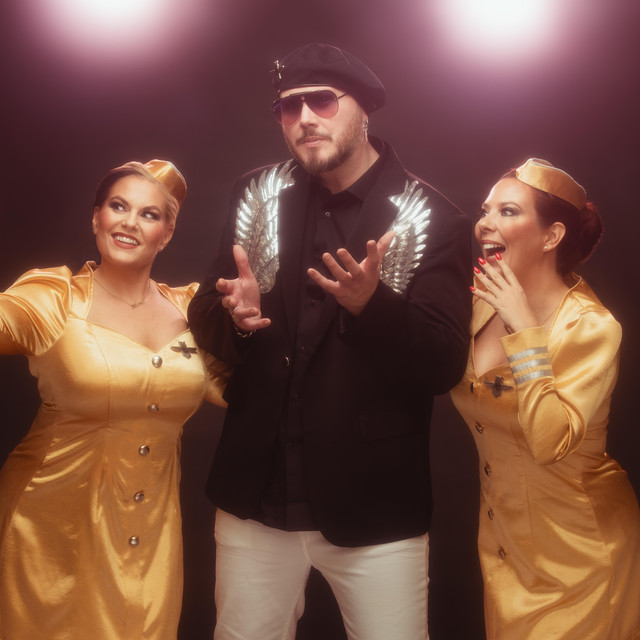 The members of THE NIGHT FLIGHT ORCHESTRA have been drifters for a thousand years, victims of circumstance. Now, they have finally found a place to call home. Björn Strid, when on tour in the US with David Andersson in 2006, knew he'd found a kindred spirit. No one knows what really happened but, on one of those American highways, they found out that they had a mission; to start a classic rock band. On bass they got Sharlee D'Angelo from Arch Enemy who spent the early mornings thinking about David Hungate's note choices, sometimes with a bottle of champagne or two. On keyboard, Richard Larsson, a ladies' man, who drives a Jaguar and has one brown and one green eye. Jonas Källsbäck on drums is the mad-man who competed in Tokyo so drunk he could barely walk, but he still won. The musical prodigy is Sebastian Forslund. He participated in the first live show on a whim, armed with only a pair of congas and a plastic owl. And in the middle of all this talent, this whirlwind of emotions, stand Björn Strid and David Andersson, notoriously part of the legendary Soilwork, still not quite knowing what to do with it all. However, the Night Flight Orchestra will continue to push the boundaries of classic rock; we will continue with the unnecessarily catchy choruses, the unnecessary solos, and the female voices that seem to stem from your unconscious. Will you be there for us? We will be there for you in the videos, during the shows and in the mug shots from Palm Springs.