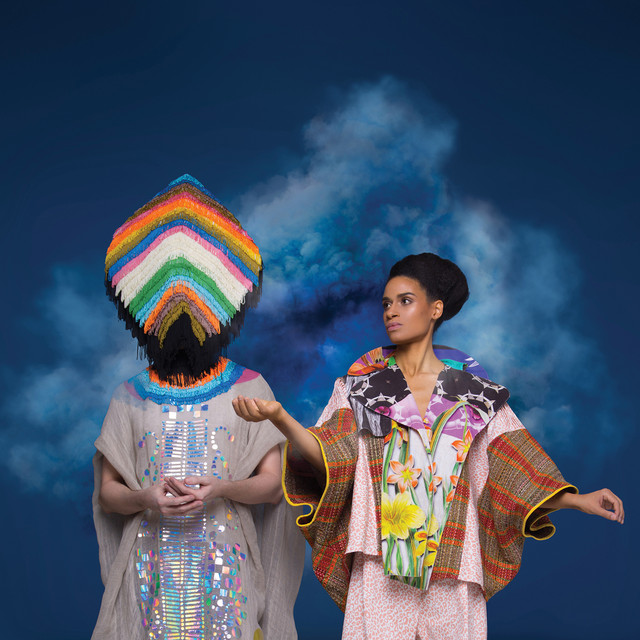 Starting out as an experimental fun project by Frempong, Berlin-based duo OY combine their love for Electronica, Hip Hop, Jazz, Indie, and Score music as confidently as they address issues of identity and transnationalism. Comprised of Swiss-Ghanaian singer/composer Joy Frempong and drummer/composer Lleluja-Ha, OY’s self-produced music flourishes in a positive, danceable and melodic blend of creativity and charisma. The debut First Box Then Walk

met with critical success followed by invitations to festivals such as Sonar or Montreux Jazz. For 2014’s No Problem Saloon released on Belgian Cult-Label Crammed Discs, Joy took off to collect field-recorded samples and topics on a trip to Western and Southern Africa. Lleluja molded her narrative sketches into an album that catapulted them from their Berlin studio into the world, playing more than 200 shows in 20+ countries. The trend of reinventing their sound continued with 2016’s Space Diaspora, an album that sits comfortably under the umbrella of Afrofuturism, focusing on their core instruments and the highly appraised live-energy of the band. ROLLING STONE: "A cybernetic sound jungle and a huge radio play - a whole universe unveils..." AFROPUNK: " a new sound that might make the future a little more colorful - if we listen" NOISEY: "Wonderful symbiosis of driving drums, minimalist synth sounds and dreamy vocals" live at GREAT ESCAPE (UK): "the entire room is on their feet dancing..."