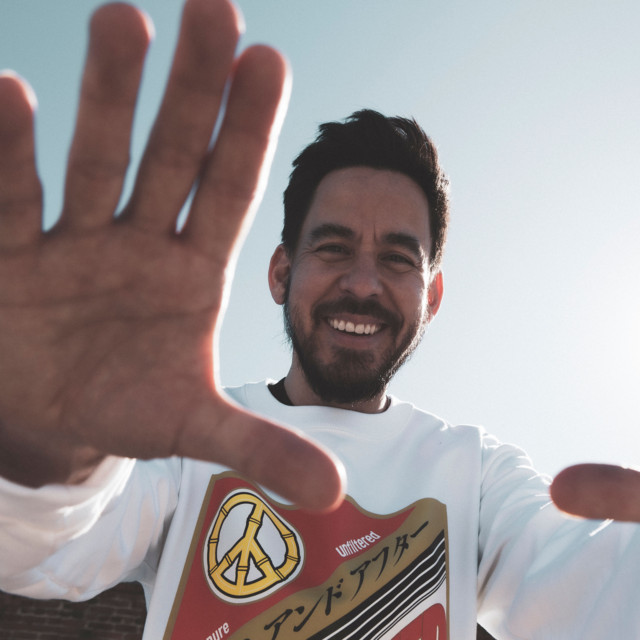 Mike Shinoda is a songwriter, performer, record producer, film composer and visual artist with a B.A. in illustration and Doctorate of Humane Letters from Art Center College of Design. He is best known as co-lead vocalist for multi- platinum Grammy-Award winning rock band, Linkin Park, who has sold over 55 million albums worldwide and commanded a massive fan following, holding the title as the most-liked band on Facebook and amassing over 5.5 billion YouTube views. Shinoda is the founding member of the group, which achieved the best-selling debut of this century with their Diamond-certified album, Hybrid Theory (Bonus Track Version), selling over 10 million copies in the US alone. Collectively, they sold out stadiums around the globe and earned a multitude of accolades including 2 Grammy Awards, 5 American Music Awards, 4 MTV VMA Awards, 10 MTV Europe Music Awards, 3 World Music Awards, and most recently, “Rock Album of the Year” at the 2018 iHeartRadio Music Awards for their seventh studio album, One More Light. In 2005, Shinoda launched his first solo project, Fort Minor, releasing The Rising Tied to critical acclaim and the single “Where’d You Go,” which reached number 4 on the Billboard Hot 100 chart and accumulated nearly 10 million YouTube views. To date, he has released 10 music videos from Post Traumatic and his YouTube channel has garnered over 37 million views.