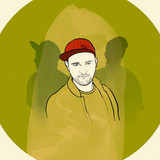 RSxT is a band, a project a collective. But head of this group is Roman Schuler. Roman was born in 1981 in Karlsruhe. He studied Cultural Management and Communication in Karlsruhe and Hamburg, before he decided to focus on his carrier as a musician. In Hamburg he studied piano, added a Master in Production in Mannheim and was building up a carrier as Keyboarder and pianist in pop and jazz music. Schuler has worked in the past with pop and hip-hop musicians, such as Ferris MC, LOTTE and Max Mutzke. „On Behalf of Myself“, the first album of his own trio RSxT was released in early 2017 as a fresh and contemporary interpretation of jazz, that brings the sound between the worlds of Jazz, Hip Hop and Electro to life. After this album RSxT was playing a couple of concerts in Jazzclubs, as well as in alternative hipster venues and on famous Festivals like Elbjazz (Hamburg) or Enjoy Jazz (Heidelberg, Manheim). In 2019 concerts all over Germany and a tour to Nepal will follow.