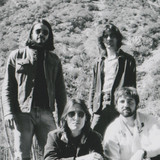 Vista Kicks is a rock and roll band from Roseville, California.   Made up of four lifelong friends who have known each other since kindergarten, Derek Thomas, Nolan Le Vine, Sam Plecker, and Trevor Sutton have been making music and performing together since their early teens.   Their debut single ‘Make It Real’ was released in 2015 and rapidly reached 2 million Spotify streams. It was then they made the collective decision to forego college and trade the Sacramento suburbs for Hollywood, thus Vista Kicks was born.   The bands debut EP ‘Chasing Waves’ (2016) generated more than 5 million cumulative Spotify streams and 3.2 million views on YouTube. The next year, Vista Kicks released their debut album ‘Booty Shakers Ball’ followed by ‘Twenty Something Nightmare’ in 2018, produced by the band and engineered by guitarist, singer Sam Plecker and Joe Napolitano. The albums are steeped in the band’s rock and roll, soul, jazz, folk, oldies influences.   With numerous American and west coast tours under their belt, the band has also played headline appearances at The Troubadour and El Rey Theatre, and festival appearances at KAABOO Del Mar, SXSW, All Points East, and Camden Rocks. They have supported The Kooks, Bad Suns and Milky Chance, as well as supporting The Rolling Stones at Levi’s Stadium, Santa Clara. Last summer saw the band tour major cities all over the UK, plus a huge support slot in Hyde Park for Bob Dylan and Neil Young.