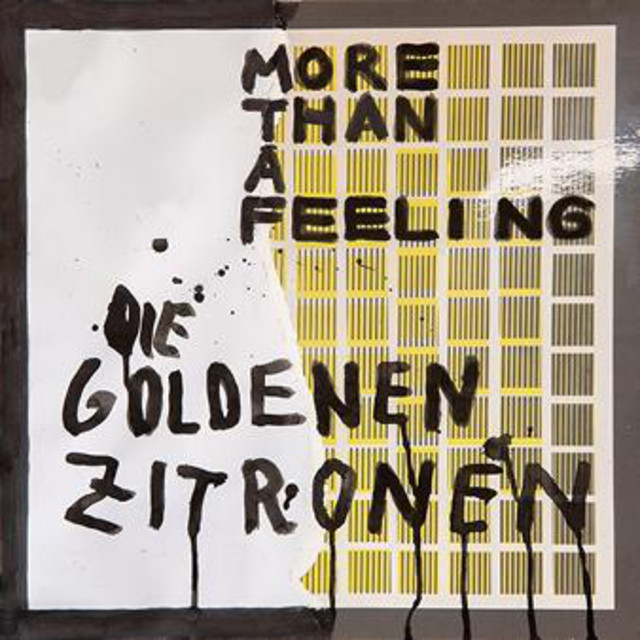 Die Goldenen Zitronen are a punk rock band from Hamburg, Germany, that proved highly influential in the 1980s and grew increasingly experimental in the subsequent decades. The group's music is anti-establishment in nature, especially in the beginning, with an attitude that is angry as well as sarcastic. Protest and mockery, in particular, are often staples of Die Goldenen Zitronen, who are sometimes cited as predecessors to the so-called Hamburg school -- a notion openly rejected by the band, of course, on the album Dead School Hamburg (Give Me a Vollzeitarbeit) (1998). The founding members of Die Goldenen Zitronen are Schorsch Kamerun, Aldo Moro, Ted Gaier, and Ale Sexfeind; in time, Moro and Sexfeind departed and were replaced by Julius Block (i.e., Thomas Wenzel of Die Stern), Mense Reents, and Enno Paluka. Formed in 1984, the band garnered attention with early singles such as "Am Tag als Thomas Anders Starb" and, especially, "Für Immer Punk." On account of these early singles, comparisons were drawn at the time between Die Goldenen Zitronen and concurrent German punk bands such as Die Toten Hosen and Die Ärzte. Porsche, Genscher, Hallo HSV (1987) marked the debut full-length album by Die Goldenen Zitronen; the album was later reissued as a 30-track CD loaded with bonus material, including the Das Ist Rock mini-LP. Successive full-length releases include Kampfstern Mallorca Dockt An (1988), Fuck You (1990), Punkrock (1991), Das Bisschen Totschlag (1994), Economy Class (1996), Dead School Hamburg (Give Me a Vollzeitarbeit) (1998), and Schafott zum Fahrstuhl (2001). A double-CD compilation, Aussage Gegen Aussage (1984-2002), was released in 2002 and capped off a run over the course of which Die Goldenen Zitronen had become one of Germany's most popular rock bands. Moreover, they'd become much more than just a punk band over the course of their career to date, growing increasingly experimental and daring with each release, musically as well as lyrically. Besides Aussage Gegen Aussage, there was the release of Fuck You Punkrock (2004), a double-CD collection of the two previously released albums. But there weren't any new Goldenen Zitronen recordings for several years, not until the greatly anticipated and well-received comeback album Lenin (2006). In addition to Die Goldenen Zitronen, bandmembers Kamerun and Gaier occupied themselves with side projects on occasion, including Schorsch Kamerun, Schwabinggrad Ballett, and Motion. ~ Jason Birchmeier, Rovi