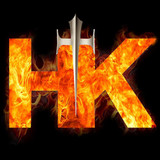 The High Kings are Finbarr Clancy, Darren Holden, Brian Dunphy and newest member Paul O’ Brien. The band play 13 instruments between them, creating their unique sound and atmosphere. Their 2008 self-titled debut album reached number 2 on the world Billboard Music chart. Their second studio album ‘Memory Lane’ was released in February 2010 and after a successful Irish tour the album went platinum. They followed ‘Memory Lane’ with the ‘Live in Ireland’ album which received critical acclaim as it showcased the energy that the band brings to their live shows. ‘Friends for Life’ featured 8 original songs written and composed by the band and was released in 2013. November 2014 marked another milestone for the band when they recorded ‘Four Friends Live’ at the Millennium Forum in Derry. 2016’s ‘Grace & Glory’ album charted at number 1 on the Irish Indie charts and was very well received by critics and fans alike. Over the past 12 years The High Kings have released 4 studio albums, 2 live albums and 2 concert films. In 2017 they released a compilation album ‘Decade’ which celebrated 10 amazingly successful years together and also included 5 brand new recordings. The High Kings continue to set the bar extremely high for Irish Folk bands across the world and are widely regarded to be at the forefront of the genre. In 2019 after a 12 year journey The High Kings continue to perform in sell out venues across the globe to their ever-growing army of loyal fans that span generations.