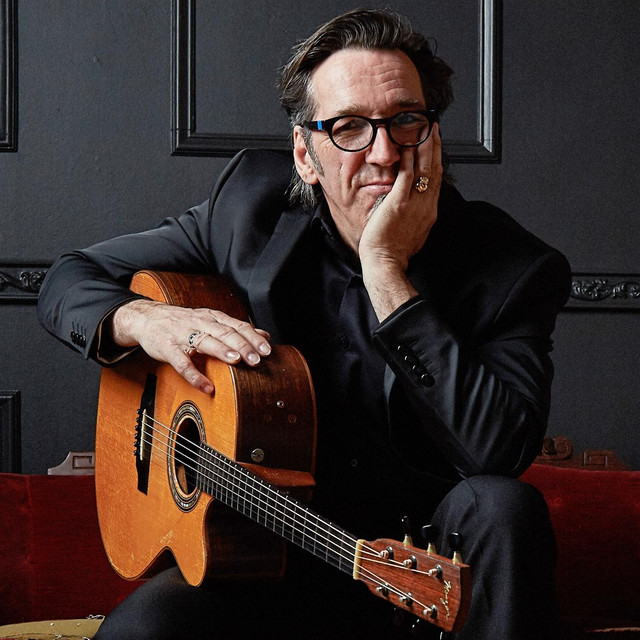 Born in Vancouver and raised in both Dublin and back in British Columbia, Stephen Fearing has been named one of Canada’s finest singer-songwriters. With a mesmerizing blend of roots/Americana, folk, and pop he cultivated national and international audiences for his music, building them ‘old school’ through countless performances at intimate venues, concert halls, and festivals of all sizes, including major events like Stanfest, Reading Festival, Shrewsbury Folk Festival, and WOMAD. A beguiling teller of tales and master guitarist, Fearing is an alluring entertainer – heartbreaking, expansive, and full of mirth. As a solo artist he has released 13 albums and, over the course of his career, collaborated with artists such as Bruce Cockburn, Rosanne Cash, Richard Thompson, Shawn Colvin, Nick Lowe, Sarah McLachlan, Keb' Mo', Erin Costelo, Rose Cousins, and many more. In 1996 he co-founded the Canadian supergroup Blackie & The Rodeo Kings with Colin Linden and Tom Wilson as a tribute to legendary singer-songwriter Willie P Bennett. The band has become one of the most respected names in North American roots-rock music and celebrated their 25th anniversary with their 10th album, King of This Town. Fearing’s abiding love for his craft is reflected in multiple JUNO and Canadian Folk Music Awards nominations and awards. His 11th solo album, Every Soul's a Sailor, won the 2017 Worldwide Album of the Year from Blues & Roots Radio and the CFMA's Contemporary Singer of the Year.