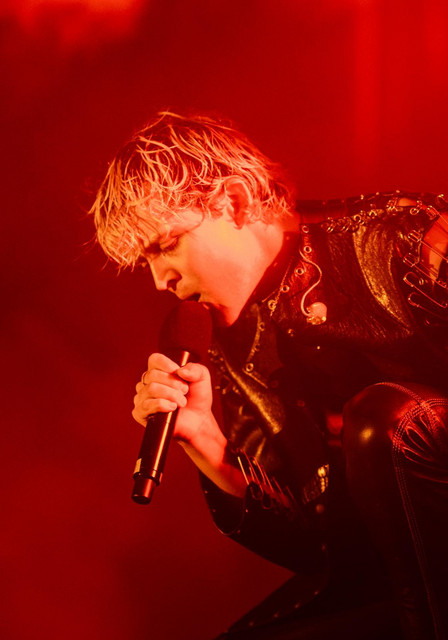 Cub Sport has undergone a transformation from local indie band to global pop powerhouse. With sell out dates across 4 continents, and a community and message that is impacting lives worldwide, the prolific independent Brisbane group are forging their own path to global acclaim. LIKE NIRVANA, the band’s newly released fourth record, (NME 5/5 Stars, Rolling Stone 4.5/5 stars) embraces every side of frontperson and songwriter, Tim Nelson: the angelic lightness as well as the multiplicitious, haunted darkness. It recasts them and their bandmates — multi-instrumentalists Zoe Davis, Sam Netterfield, and Dan Puusaari — as fearless innovators, experimentalists willing to blow up everything about the Cub Sport of old in order to create this dazzling and daring new chapter. LIKE NIRVANA

is a glistening, tightly-woven exploration of religious reckoning, oppressive structures of masculinity, and feelings of inadequacy. The record is impressionistic, pushing aside the brightly coloured realism of 2019’s self-titled record in favour of gauzy lucid dreams perfected on Lorde’s Melodrama and Frank Ocean’s Blonde. Nelson’s embrace of raw emotion has pushed them and their bandmates to create a record more fiercely emotive than ever. If This Is Our Vice introduced Cub Sport, and BATS and Cub Sport made them stars, then LIKE NIRVANA is the record that solidifies them as daring, open-hearted renegades.