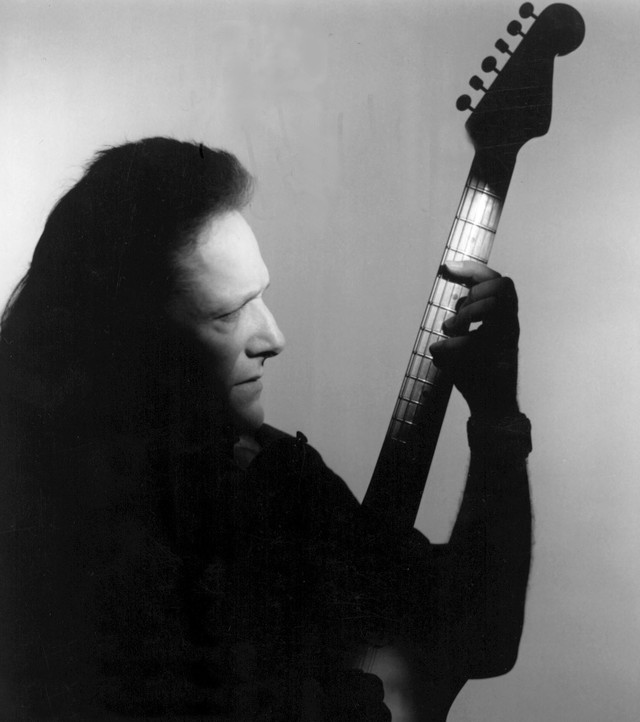 As one of renowned producer Bob Ezrin's hired guns throughout much of the '70s, guitarist Dick Wagner lent his playing (and in some cases, songwriting) talents to some of the decade's biggest hard rock albums, including Lou Reed's Rock N' Roll Animal, Alice Cooper's Welcome to My Nightmare, and Kiss' Destroyer. Hailing from the Detroit area, Wagner's first true band, the Frost, formed in the late '60s as they built up a substantial following in the Michigan area (which at the time also nurtured such other outfits as the Stooges, MC5, Bob Seger, Ted Nugent, and Grand Funk Railroad, to name a few), and issued a total of three albums during their tenure together: 1969's Frost Music and Rock and Roll Music, plus 1970's Through the Eyes of Love. After relocating to New York and forming a new outfit, Ursa Major, the group was introduced to Ezrin, who handled the production chores on their 1972 self-titled release. Although the group would break up shortly thereafter, Ezrin and Wagner had struck up a friendship, as he began inviting him (as well as another guitarist, Steve Hunter), to play on sessions by other artists he was working with. Wagner and Hunter's playing meshed well together as the duo was able to construct seamless guitar lines that complemented each other nicely. Ezrin used the duo on Lou Reed's controversial 1973 studio release Berlin (a dark concept album that followed a pair of seedy characters beset by drug addiction, which leads to spousal abuse, prostitution, child welfare, and ultimately, death). Seeking to lighten the mood a bit on the album's ensuing tour, Ezrin aided Reed in assembling a stellar touring band including both Wagner and Hunter, who helped reconstruct Reed's tunes (including classics from his Velvet Underground days) as jamming arena rockers, as evidenced by a pair of subsequent live releases, 1974's classic Rock N' Roll Animal and 1975's Lou Reed Live. Wagner and Hunter then signed on as guitarists for Alice Cooper's solo group (Cooper had just split from the original Alice Cooper Band), while Wagner also served as a songwriting collaborator with Cooper for his hit 1975 release Welcome to My Nightmare. The album spawned a hit power ballad with "Only Women Bleed," a tune that Wagner had penned back in the late '60s, and has subsequently been covered by numerous artists over the years, including Etta James, Tina Turner, and Lita Ford, among others. The Wagner/Cooper union lasted for several other albums in the mid- to late '70s, including Goes to Hell, The Alice Cooper Show, Lace & Whiskey, and From the Inside, while Wagner continued to lend his talents to recordings by other artists: Aerosmith's Get Your Wings (it's supposedly Wagner and Hunter playing the "guitar duel" on "Train Kept a Rollin'"), Kiss' Destroyer, Peter Gabriel's self-titled solo debut, Hall & Oates' Along the Red Ledge, Mark Farner's self-titled solo debut, and a pair of albums for the star of The Rocky Horror Picture Show, Tim Curry. In 1977, Wagner found the time to issue a self-titled solo release for Atlantic Records. Wagner reunited with Cooper and Ezrin for a pair of overlooked releases in the early '80s, 1982's Zipper Catches Skin and 1983's Dada, as Wagner focused solely on his songwriting throughout the remainder of the decade, penning songs for such artists as Meat Loaf, Air Supply, and Lee Aaron (as well as an unreleased song recorded by Rod Stewart), plus penning the theme song (titled "Remember the Child") for the Emmy-nominated PBS special Homecoming, which examined the lasting scars of child abuse. In addition, Wagner created his own recording studio, Downtown Digital Studios, ran the Wagner Music Group record label, and also played out live with his own solo group, the Dick Wagner Band, in the Michigan area (even reuniting with his original band, the Frost, for several gigs). In 2002, Wagner reissued his long out of print solo debut from 1977, under the new title The Atlantic Sessions. Wagner moved to Arizona in his later years, and experienced debilitating medical events including a heart attack and a stroke, the latter of which necessitated that he relearn the guitar. However, he bounced back and made live appearances into the 2010s. But after suffering respiratory failure following a cardiac procedure, Dick Wagner died in Scottsdale, Arizona in July 2014 at the age of 71. ~ Greg Prato, Rovi