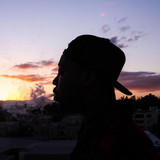 One of Odd Future's most humorous MCs who turned much more serious when he went solo, rapper Domo Genesis delivers thoughtful bars with an urgent flow influenced by Nas, Mobb Deep, MF Doom, and Wiz Khalifa. In addition to his prolific mixtape output, he released his official debut Genesis in 2016. Born Domonique Cole in Inglewood, California, he was a longtime friend of Odd Future leader Tyler, the Creator before joining the Odd Future crew in 2009. His debut solo mixtape, Rolling Papers, landed in 2010, then Under the Influence appeared in 2011. The year 2012 saw him team with Wiz Khalifa for the single "Ground Up," and medical marijuana dispensaries in California began selling his official strain, Domo OG. A year later, he joined Odd Future members Hodgy Beats and Left Brain in the splinter group MellowHigh, who released their self-titled debut album in 2013. After a few years off to deal with the deaths of his uncle and aunt, Domo finally returned to his solo career with his autobiographical, official debut LP Genesis, which landed in 2016. The Red Corolla mixtape arrived the next year (paired with the DJ Candlestick-chopped remix, Purple Corolla), followed in 2018 by Aren't U Glad You're U? Later that year, Domo released the EP Facade Records, which featured guests Buddy, IDK, Chip tha Ripper, and Cozz. ~ David Jeffries, Rovi