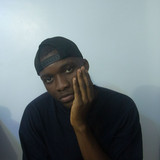 Femi R, born Oluwafemi Adelekan, is a Nigerian Songwriter, Lyricist and Rap artiste whose songs cut across various genres of music including hip hop, alternative rap and afro-swing. He was born on the 21st of February 2000 in Lagos, Nigeria and is the third child in a family of six.

He is also a Graphics/UI/UX designer, Photographer, Model and Playlist Curator. Femi R’s love for rap was ignited after listening to songs by Lil Wayne when he was a child. Since then, he has gone on to establish himself as a talented rapper with a unique style of music influenced by Nigerian hip-hop legends M.I Abaga, Show Dem Camp (SDC) and Ladipoe.