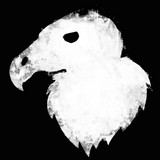 American Standards is an emotionally and politically charged chaotic hardcore/noise punk band from Phoenix, AZ. Formed in 2011, the band released it's debut Still Life with Victory Records distribution. The album featured dissonant guitars, prominent driving bass and complex drum rhythms. The music served as a platform for a dynamic vocal delivery with lyrical content including topics such as corporate greed, media satire, materialism and personal struggle. It was complimented on stage with an equally high energy, reckless live show.   In 2013, American Standards parted ways with the label to independently release their sophmore album The Death of Rhythm and Blues. During this time the band shared the stage with heavy hitters such as Every Time I Die, Norma Jean, Atreyu, Comeback Kid, Emery and Zao. They also toured extensively, playing over 200 DIY booked shows.   In 2014 American Standards put out Hungry Hands. The band partnered with multiple international labels to distribute the release on CD, vinyl and cassette.   In 2017, American Standards released Anti-Melody. The album was recorded at Kingsize Soundlabs (The Mars Volta, Bad Religion, letlive.). During the writing process the band found that it's founding guitarist had passed of suicide and soon after, the vocalists father to cancer. The band re-wrote much of the album and chose to self-mix. The under produced sound added a new raw quality and honesty to the songs with singles being premiered on Lambgoat and Revolver.