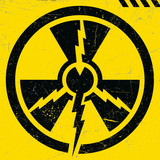 EISBRECHER - NEW ALBUM "LIEBE MACHT MONSTER" (VÖ: 12/3/2021) Pre-Order Now: https://eisbrecher.lnk.to/LIEBE_MACHT_MONSTER More than once in the past few months, one could have gotten the impression that the world was standing still. But it’s turning; for some it may feel slower than expected, for others, it’s at the usual pace. However, for Eisbrecher , the earth is moving faster as ever before: In October 2020, the cover-album Schicksalsmelodien was released and immediately reached #4 on the album charts. And while the last tone of this truly remarkable disc has not completely faded away yet, the new regular - and altogether eighth - studio album Liebe Macht Monster will already be released on March 12, 2021. With more than one dozen new Eisbrecher anthems, the upcoming album offers many fascinating, multifaceted and exceedingly powerful songs, which reconfirm the band’s glamorous reputation as an innovative and trend-setting group. Singer Alex Wesselsky describes the songs as “eternal Eisbrecher -typical balancing act between rock/metal and electro-industrial pop”. There is no doubt: With Liebe Macht Monster , Eisbrecher once again prove themselves as an extraordinary phenomenon in the German music industry. Three and a half years after their #1 album Sturmfahrt (2017), Alex Wesselsky and guitarist & producer/programmer Noel Pix worked meticulously on their unique sound and put every little detail to test to present fans with a thrilling and eclectic album.