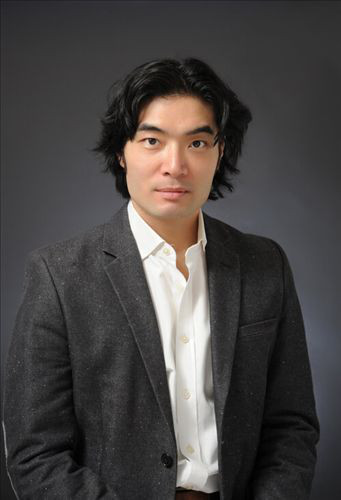 Conductor Darrell Ang was trained mostly in Russia and has maintained both European and Asian careers. He is also a noted composer. Ang is a native of Singapore. He studied violin, piano, and bassoon as a youth, beginning at age four, and then went on to study composition with composer Leong Yoon Pin. Switching to conducting, he traveled to the West as a teen, landing first in Vienna and then in St. Petersburg, where his teacher was Leonid Korchmar. While in that city, he founded the St. Petersburg Chamber Orchestra; he remains its conductor laureate. He also took lessons from the noted pedagogue Jorma Panula and participated in master classes with Colin Davis and Lorin Maazel, and benefited from mentorship from Esa-Pekka Salonen. He was a Conducting Fellow at Yale, the school's first, where he studied with Shinik Hahm. Ang swept the top three prizes at the 50th Besançon International Competition for Young Orchestra Conductors in 2007, and international bookings began to come his way. Ang has appeared with major orchestras both in the West and in Asia (in 20 countries in all), including the NHK Symphony Orchestra in Japan, the ORF Vienna Radio Symphony, and the Pacific Symphony in the U.S. In his native Singapore, he served as the associate conductor of the Singapore Symphony, working closely with the group's longtime conductor Lan Shui. Russia continued to play an important role in Ang's musical life, and he has been a regular conductor at the Mariinsky Theater at the invitation of its music director, Valery Gergiev. He has also conducted operas at the St. Petersburg Opera and the Rimsky-Korsakov Conservatory Opera and Ballet Theater. Ang's repertory has tended toward Russian music, French music, and contemporary Asian works. In 2016, Ang became the chief conductor and music director of the Sichuan Orchestra of China. He is also a noted composer who has seen his works performed by musicians outside his own close orbit; his Fanfare for a Frazzled Earth was premiered by the Singapore National Youth Orchestra in 2011. He speaks English, Mandarin, Russian, German, Italian, and French fluently. Ang has recorded more than a dozen albums for the Naxos label, with a variety of orchestras. His debut, in 2014, was recorded with the New Zealand Symphony and featured overtures and entr'actes of Meyerbeer. In 2020, he backed guitarist Junhong Kuang on an album of works by Rodrigo, Manuel Ponce, and Gerald Garcia, leading the Czech Chamber Philharmonic Orchestra Pardubice.