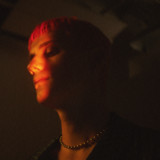 Vienna based multi-instrumentalist and producer Joe Traxler is defined by groove-driven indie pop and confessional lyricism. His musical maturity and forward-thinking independent approach has garnered him radio airplay in the US and Europe, more than one million streams on Spotify, and numerous TV appearances on Austria and Germany’s biggest broadcasters. On stage, Joe has supported indie powerhouses Jade Bird, James Gillespie and cult legend Vesperteen. ‘Empty Prayer’ is a hymn of self doubt; Joe details the inner conflict between his higher self and the comfort and confines of his existing emotional routines. Mixing a modern production and electronic influences with nostalgia tinged retro synths, ‘Empty Prayer’ is the second single from his highly anticipated forthcoming debut LP ‘Lifelines’ which is set to be released in spring of 2022. “The beautifully personal lyrics, the soul captivating guitar playing plus the gentle voice of Joe Traxler`s resonated with me on a deep emotional level” - MUSIC INJECTION “"Art, fashion, and music come into play in Joe Traxler’s aesthetic. Instead of chasing the trend, the artist is embracing his own iniquity. Staying authentic to his own taste and style, Joe Traxler is becoming the new trend." - PHORK