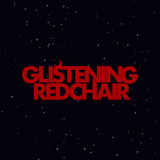 Glistening Redchair (GRC) is a musical collective spearheaded by Gheff Abd Ghafar, currently based in Seri Iskandar, Perak. He had been working together with various other musicians throughout the years in writing, producing, and performing his original music. GRC's core sound is inspired by alternative rock/metal; specifically, heavy guitar music inspired by the alternative scene of the 90s/00s with a tendency towards sludgier sound a la Deftones, Melvins, and Alice in Chains. To date, GRC has been releasing materials every year consistently since its inception, with notable releases such as the grunge-metal-laden "Guide Us into Believing" EP and its follow-up, a darker, grittier, and fuzzier "Therapist" EP. In 2019, GRC successfully completed a mini tour supporting "Therapist" EP which was organized in various popular music venues around Peninsular Malaysia. GRC also has been active in supporting both local and overseas touring acts of varying genres; some names include Malaysia's own grunge powerhouse maddame..., UK/German post-punk duo Das Fluff, and Singapore's punk rockers Take-Off. GRC has just released their newest single "Elaborate Dreamy State" which sets the course for their next release in 2021. Meanwhile, Gheff contributes his thoughts in Junklist Digest, a quarter-yearly physical magazine released by Junklist. He is also acting as the advisor of a music-oriented student body in Universiti Teknologi Petronas. Image credits: Gheff Abd Ghafar & Faris Khairi