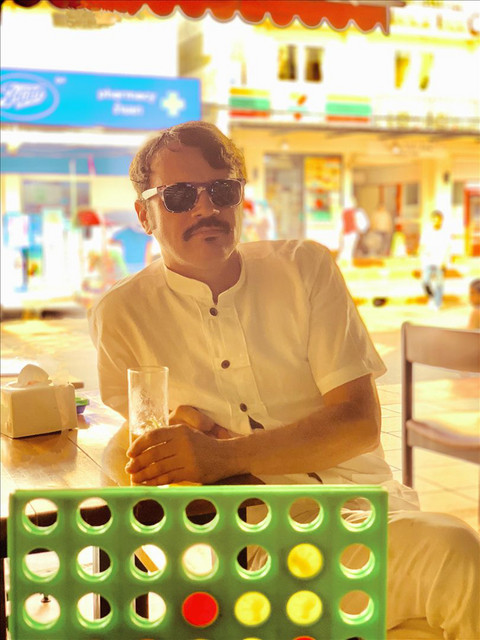 Synth-punk outfit Digital Leather is the creation of Shawn Foree, who fuses vintage electronic keyboards with loud, fuzzy guitars to create a sound that mixes elements of punk, garage rock, synth pop, and new wave into something that's rough and passionate despite the electronic surfaces. Born in Yuma, Arizona in the early '80s, Foree was raised in what he describes as "a hippie commune" centered around the Baha'i faith, and in interviews he still claims he's trying to achieve "a hippie vibe" in his music, though one might not guess that from listening to the records. In time, Foree discovered music and became an avid home recording fan, using student loan money to buy his first four-track recorder during his freshman year in college. Foree claims he spent most of his second year at college making bedroom recordings and experimenting with hallucinogens, and didn't bother returning to school after that. He started circulating his recordings, and in 2002, Digital Leather went from a one-man project to something like a band with the addition of additional musician Bryan Wong. After releasing a handful of 7" singles, Foree dropped Digital Leather's first album, Monologue, in 2006, and he assembled a live version of the group to take the show on the road, with Foree on synthesizers and vocals, Ryan Wong on drums, Rusty Rousseau on synth, and Steve Sleaze on guitars. A second album, Blow Machine, appeared in 2007, and in 2008, Goner Records issued Sorcerer, which included live recordings from Memphis' Buccaneer Lounge alongside fresh tracks from Foree's makeshift studio. Sorcerer was mastered by fellow new punk firebrand Jay Reatard, who was enthusiastic enough about Foree's music to become Digital Leather's manager. In 2009, Digital Leather signed a deal with Fat Possum Records, who released their fourth album, Warm Brother, in the fall of 2009. ~ Mark Deming, Rovi