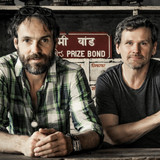 As DÜRBECK & DOHMEN we compose music for film & television, series, documentaries, theatre, commercials and games. Our work covers a lot of ground - from classical songwriting to electronic music - as well as orchestral and abstract experimental film scores. Whatever project we're working on, we are always pursuing new ways and ideas to express ourselves. We often try and experiment with unusual and sometimes strange sounding instruments, creating new and unique sounds. That is the reason why we started to create our own instrument libraries CINEMATIQUE INSTRUMENTS (www.cinematique-instruments.com). Inside our Cologne-based studios, we have been producing music for more than 70 movies and TV shows since 2000. At the Filmfest Valencia, we were given the film music award for "Magic Eye" and in 2008 we received the film music award at the prestigious Max Ophuls Festival for "Selbstgespraeche". "Chandani" and „Beltracchi-The Art of Forgery“, for which we scored the music, won the German Film Award LOLA. 2017 we received the "German Music Authors´Award". Our musical life began as teenagers, playing in bands. Over the course of 8 years we released 3 albums with EMI Germany. We played over 400 gigs in Germany, the Netherlands and the UK. For further informations and demos, please check our website www.ddmusik.de DÜRBECK & DOHMEN are members of the „German Film Academy“ , the „European Film Academy“, the „German Academy of Televison“ and the „Academy of German Music Authors .