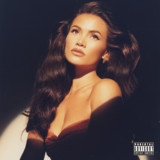 Lauded UK Los Angeles-based R&B singer and songwriter Sinéad Harnett’s 2019 debut album, Lessons in Love, told the story of learning about her flaws and patterns and figuring out how not to repeat them. The LP yielded the breakout single “If You Let Me,” which has surpassed 70 million streams on Spotify alone. Music has always been the most stable force in Sinéad’s life. It was a piano that became a cathartic outlet for her while growing up in North London and provided the therapeutic company that she so desperately craved from her separated parents. The daughter of a Thai mother and an Irish father, Sinéad has always been the archetype of a blended identity. Her highly anticipated sophomore album, Ready Is Always Too Late, celebrates being ready to embody the best version of yourself. In doing so, Sinéad fully acknowledges the lack of confidence and low level of self-worth of her past self in order to embrace the woman she wants to be in the present. The album features organic collaborations with a celebrated roster that includes EARTHGANG, Masego, VanJess, Lucky Daye, and more. Consider this 2021 project as a reintroduction to Sinéad Harnett, the rising R&B icon we truly deserve. Her narrative has been a slow and steady progression of coming from nothing to someone whose name you’ll never forget. The gospel of Sinéad is vibrating on a higher level and while the rest of her story remains unwritten because we are all works in progress, this is only the beginning.