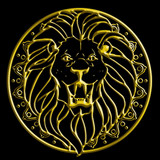 Cultural roots of Punjabi, Bhangra and Bollywood music, infused with Hip-Hop and Trap elements that his Indian Trap sound. Jay Singh, also known as J2 the hit record producer and composer is the man behind Indian Trap. Coming from a musical family, Jay AKA Indian Trap was first introduced to music at the age of just seven. His father was one of the first pioneers of Bhangra music in the United Kingdom and both his grandfather and great-grandfather were celebrated Tabla players. Powerfully establishing himself in the pop world under the J2 moniker with his hit single "Dare La La La," which he co-wrote and produced for Shakira's 10th studio album, the track debuted in most of the top 10 lists around the globe. A reworked version was released as an official theme song for the 2014 FIFA World Cup titled "La La La" Brazil." His J2 songs can be heard in over 100+ movies, trailers, video games, TV Shows, and advertisements. Collectively his songs have garnered more than 100 Million Streams across YouTube and all other major DSPs.