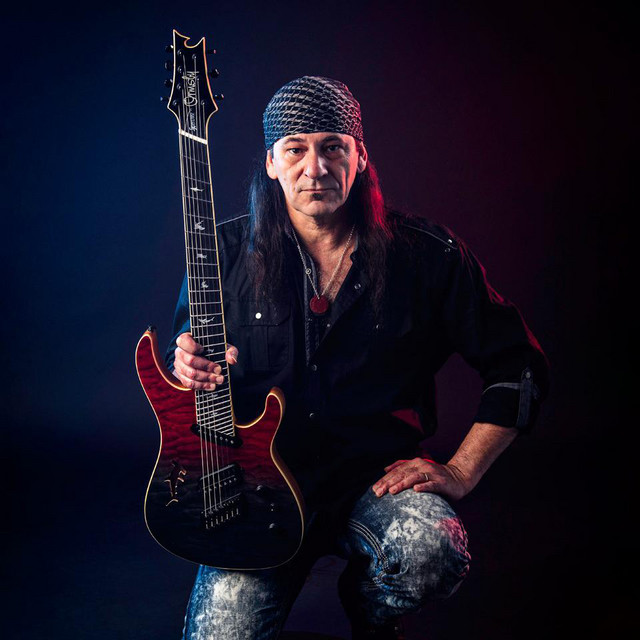 Multi-Grammy Award winning engineer, John Hampton of Ardent Studios in Memphis, TN on Graham Greene: “Graham, you da man with the 6 string. Steve Stevens meets Eric Johnson meets Gibbons meets ….GRAHAM!” Graham Greene grew up in the remote West Australian outback. When he moved to the city as a teen, rock and roll was waiting… Graham is now forging his own path as an independent composer, performer and bandleader with an impressive catalogue of outstanding albums under his belt. He is the original endorsee with Ormsby Guitars, the first Australian endorsee with Mesa/Boogie amplification, and was the recipient of the 2008 Star Music Award (USA) for Best Rock Instrumental Artist. That same year, Graham and his wife Donna Greene performed before a crowd of 15,000 and a television audience of over six million when their band Resonance Project played at My Dinh National Stadium in Hanoi, Vietnam. Donna remains an integral part of Graham’s sound as co-writer and featured lead vocalist on all vocal tracks. In addition to his own projects, Graham has written for and played on two albums by US expat Jac Dalton – Icarus (2012) and Powderkeg (2015), and in 2012 contributed his rocked-up instrumental version of Waltzing Matilda to the soundtrack of filmmaker Kevin Smith’s comedy special, ‘Jay & Silent Bob Go Down Under’.