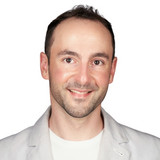 For over 15 years, JMCX has been producing Eurodance, House, Trance, and Chillout music. His sound is largely influenced by decades of successful crossover hits from Kylie Minogue, La Bouche, Aqua, Cascada, and Carly Rae Jepsen. His appreciation for music heightened in 2000 as the sound of Euro Pop appealed to more American audiences – a style typically associated with a dominance of synthesizers, dance beats, and melodic hooks. While creating music under the name Mello-Dee, he gained professional recognition at the age of 15 when he produced original music for a record company in Toronto, Canada that represented Eurodance and Freestyle artists. After building up an impressive list of releases, he caught the attention of Bay Area record label CAPP Records in early 2007. His next release was a Trance remix of Out Of Time for their artist Rikah. The track received support from DJ Magazine's Top 100 nomination Roger Shah. His next musical achievement came in 2012 when he co-produced 50 Chillout Tunes, Volume 1. Within the first week of its release, it was an iTunes Top 10 bestseller. His original track Consciousness, from this series, was later chosen for synchronization placements on Keeping Up With The Kardashians. In 2014, he received certification as a sound healing practitioner from the California Institute of Integral Studies. Currently, in 2021, he is releasing new singles along with a compilation series called 8D Audio Chillout Tunes and 8D Audio Chill House Tunes.