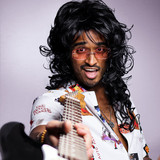 Berlin-based artist-producer Mogul started producing while he was still attending school in the mid-2000s. He ended up producing Disco, Nu Disco and Funk influenced songs under the moniker Mogul by the end of 2013.   First edits and remixes were supported by French label DiscoThrill before Mogul became affiliated with German label NDYD Records, where he should release his debut EP "Free Limitation" in mid-2015. Having been active on Soundcloud from its early days and seeing himself as a vital part of the growing artistic community, he consistently racked up 6 and 7 figure play counts on his songs and remixes. His 2016 collaboration with French producer Mokoa for an Amy Winehouse bootleg remix of “Stronger Than Me” sits at 1.6 million streams on Soundcloud, opened a dialogue with SONY UK which resulted into Ady Suleiman’s "Wait For You - Mogul Remix". In early 2017, Mogul decided to take a creative break from his Mogul sound. Fast forward to 2019, previous supporters of the Mogul sound, namely Sidekick Music, acquired Mogul to do a remix of Berry Juice + Josh Tobias "Messin' Around (Mogul Remix)".   "All That I've Become (feat. Dirty Radio)" was Mogul's only single in 2019. In 2020 he released the single "Good Company" with Rome-based artist BVRGER and followed up with "Mixed Messages", a collaboration with US-based rapper Ehmji and UK-singer Javeon which was premiered on COMPLEX and Triple J.