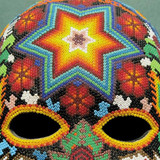 Dead Can Dance were formed by Brendan Perry and Lisa Gerrard in Melbourne, 1981. The band has since featured an altitude of members in addition to its core duo. They combine elements of European folk music -- particularly music from the Middle Ages and the Renaissance -- with ambient pop and worldbeat flourishes, touching on everything from Gaelic folk to avant-garde pop and darkwave. The group relocated from Australia to London in the early 1980s and signed with 4AD, where they released a string of acclaimed albums, including the popular 1991 compilation A Passage in Time, which introduced the project's distinctive medieval art-pop to the United States before ceasing operations in 1998. They reunited in 2005 for a short tour, and officially re-formed in 2012 and issued their 12th studio LP, Anastasis, with Dionysus arriving six years later. 'Since their inception, Dead Can Dance have been informed by folk traditions from all over Europe, not just solely in terms of instrumentation, but also bysecular, religious and spiritual practices.The story to their forthcoming album Dionysus took shape as Brendan Perry became fascinated by long established spring and harvest festivals that had their origins in Dionysian religious practices throughout Europe. In 2019, after the release of Dionysus, the duo embarked on their largest European tour yet entitled