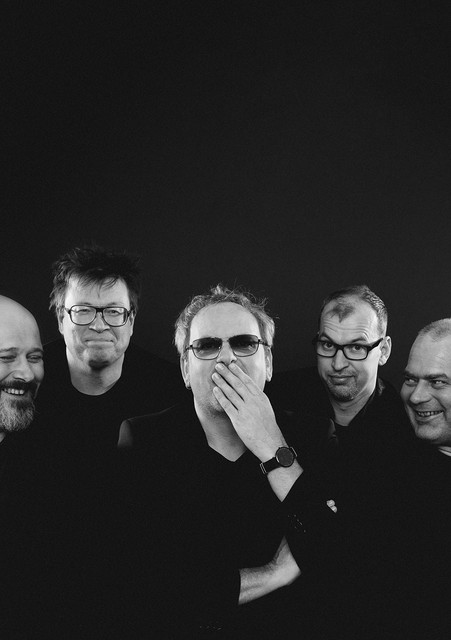 Take a deep dive in the golden era of the 80’s mixed with modern dark-edged rock. Energetic, warm, melancholic and critical is what you can expect from Morgendust, an indie rock band from Zwolle, the Netherlands. The sonic cues of Tears for Fears, Pink Floyd, Talk Talk, Duran Duran (can you discover a little Simon Lebon?) and Peter Gabriel combined with influences of contemporary bands like Editors and Radiohead make Morgendust the perfect blend of the 80’s and today. Formed in 2018, drummer Marco de Haan and keyboardist/producer Iwan Blokzijl (both former electro rock band Soulstar) took their songwriting skills to a different level. ‘It became clear after just a few demos we had something going on’, says Marco, now frontman and lead singer. ‘Less raw than Soulstar, catchier and a little more ‘poppy’ with the warm organic sounds and synths of the 80’s I grew up with’, says Iwan with a cheeky smile. Their first single ‘Storm will come’ debuts a series of singles for 2019 and an EP planned spring/begin summer. ‘We really dig what we’re doing and hope the music and stories will make a connection to the people’, remarks Iwan. ‘Absolutely!’, agrees Marco. ‘If we’re old we can definitely look back and say, this is the best we could have done.’ Morgendust is Marco de Haan (lead vocals, guitars), Ron van Kruistum (guitars, backing vocals), Iwan Blokzijl (keyboards, backing vocals), Dario Pozderski (bass, backing vocals) and Job Noordmans (drums & percussion).